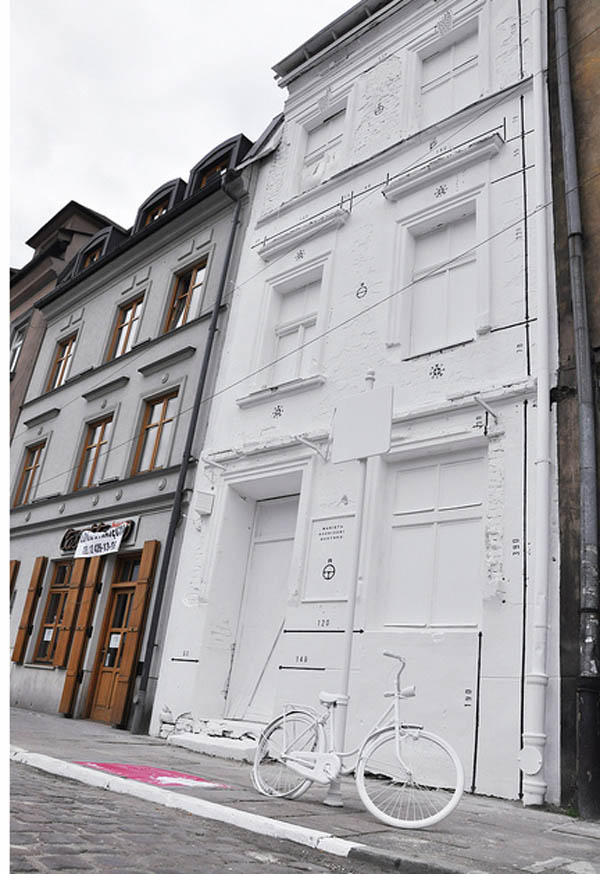 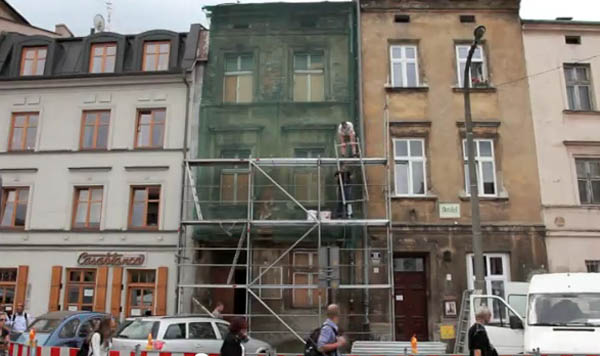 Polish artist Robert Kusmirowski is known as a “counterfeiter and manipulator of reality”. Most of his works/installations are based on the recreation of old objects, documents, photographs and situations that are astonishingly authentic in appearance. In general, they have no defined original from which they are copied. One example of these works was the temporary installation The Façade in which Kusmirowski created a perfect copy of a slum-like façade (typically found in a Polish alley) in Blankenberge, Belgium, among the carefully-tended seaside townhouses. His re-creations become symbols of ephemerality; addressing the fleeting nature of life and death of material culture.

Kusmirowski’s Mock-Up of the Demolition Project, pictured above, is virtually the opposite of the previously mentioned project, but similarly themed. A building, ready to be demolished, was painted white along with all the objects related to it—down to the wash hanging outside a window— as well as painted markings indicating places where the wrecking ball would strike. In essence: a model for deconstruction rather than construction. And I would assume his choice of white paint ties in with his conviction that “everything white and clean is soulless.”

Kusmirowski’s most recent installation, Pain Thing, was exhibited at this summer’s Edinburgh Festival in Scotland.