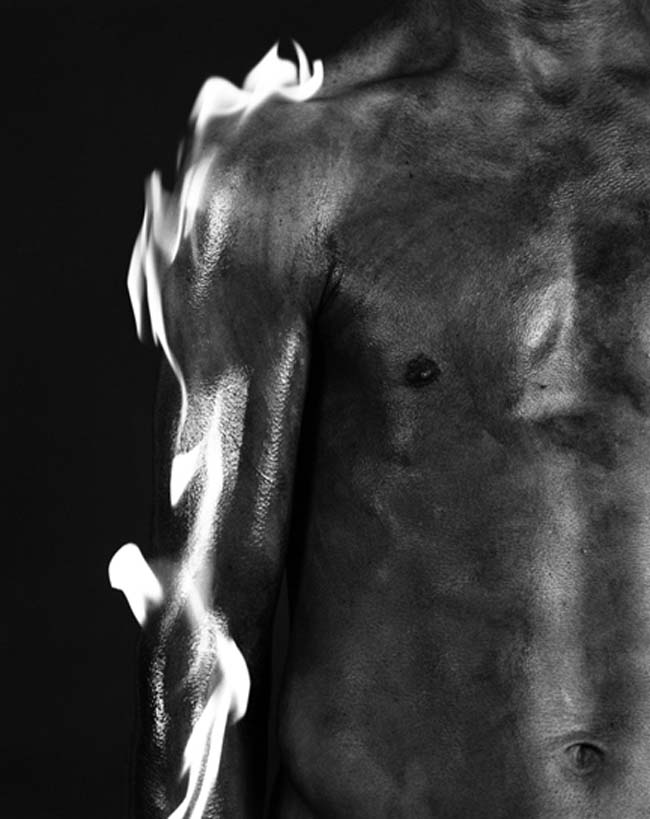 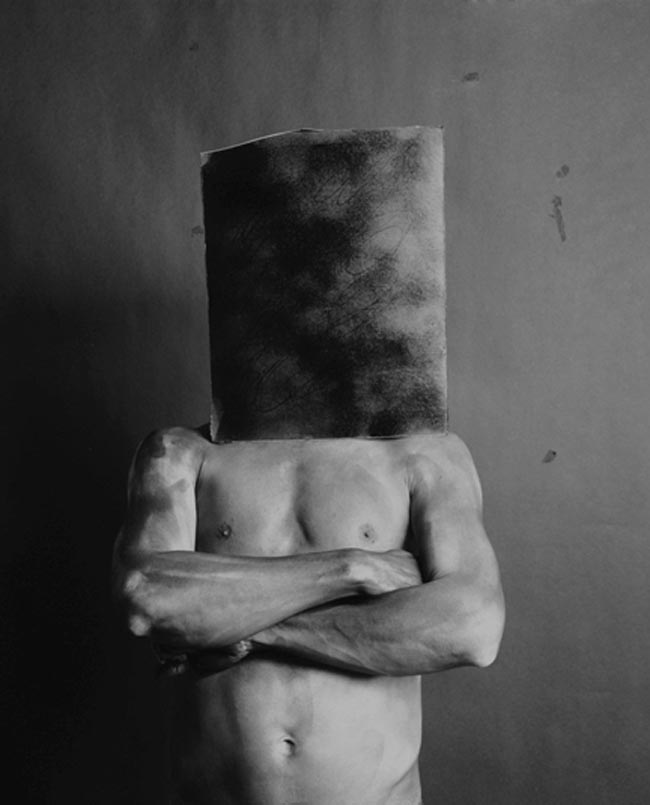 I run into Brooklyn-based photographer Fred Cray ridiculously often. A close runner-up only to the person that introduced us; sometimes at galleries, sometimes on the street, and once even apartment-hunting (me, not him.) And now, a few weeks ago, I ran into Fred’s work on the internet. I was familiar with his lottery ticket self-portrait collage series and had been to his solo show of Travel Diaries at Janet Borden, Inc. a few years ago, but his other work was new to me and an interesting discovery.

Cray’s B/W Self-Portraits are particularly compelling, if a little disturbing. Images of his skin on fire, tarred and feathered, or buried in dirt with worms on his face are hard to ignore or not react to. In an interview with Revel in New York, below, he explains that many of these were created in angry reaction to the Gulf War, while others are full of literary references such as Gabriel Garcia Marquez’s dirt-eating character in 100 Years of Solitude.

Make sure to check out more of Fred Cray’s work on his website and watch the video below to learn more about him and his process.