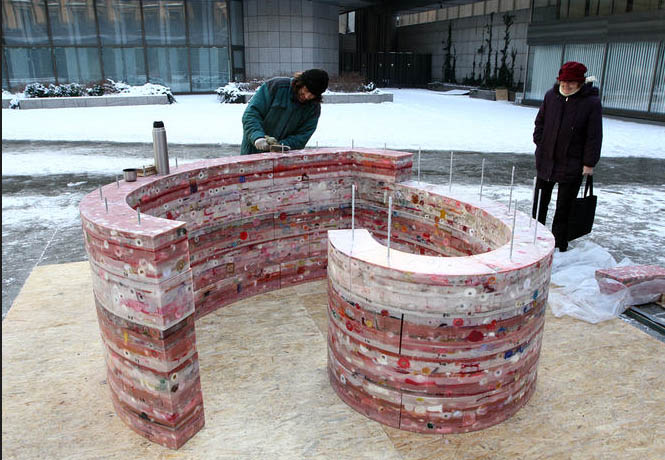 Back on December 18th, Czech artist Roman Svejda stood among the thousands who lit candles for Vaclav Havel (playwright-turned-president) following his death, and wondered what would happen with all the candles. Fast forward a few weeks and Svedja along with artist Lukás Gavlovsky (and dozens of volunteers), have melted all that wax (roughly two tons worth) and built a giant, heart-shaped memorial to the former president. The image is inspired by the small heart-drawing that Havel used as part of his signature.

The 4 x 4 square meter sculpture is open and hollow, allowing visitors to step inside. It was unveiled last Friday in the square next to the National Theater in Prague and will remain there until April.

via The Art Newspaper