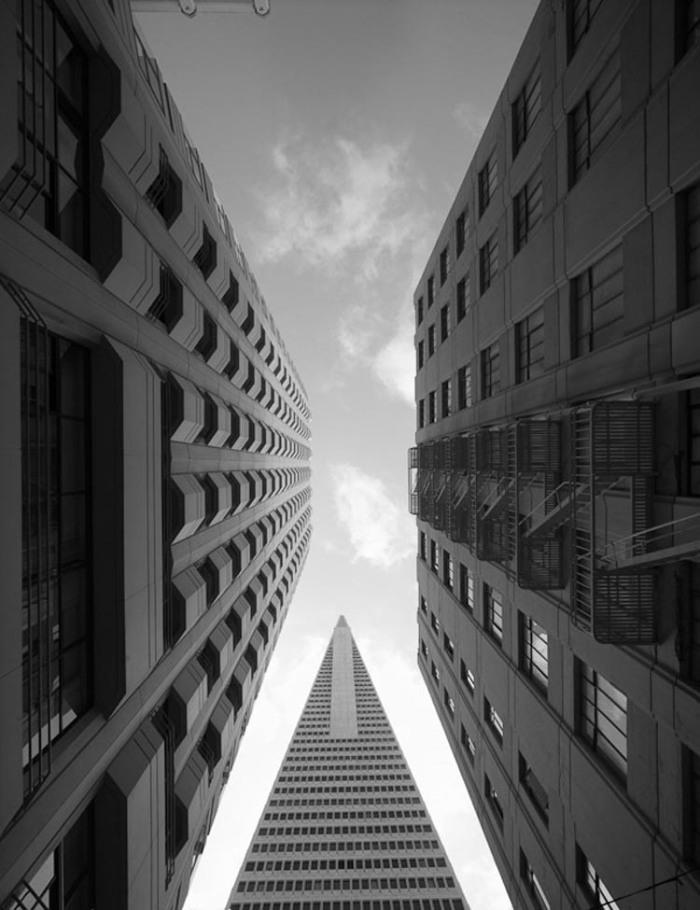 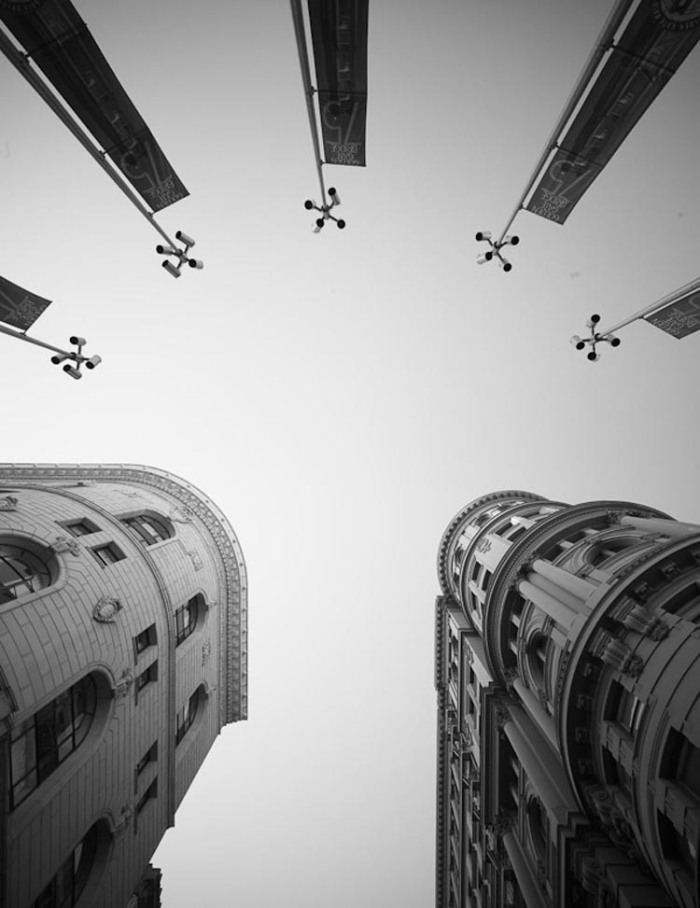 New York based photographer Cameron R. Neilson has photographed a collection of images with his camera leveled and pointed straight up. The series of photographs is aptly titled Straight Up. The abstract angles and shapes created by photographing city architecture this way is surprising and dramatic. Both recognizable and yet new. Though we tend to look up to some degree when walking city streets, ‘straight’ up is a less common angle. The concept for Straight Up started in NYC and has since grown to include cities across the country, and eventually Europe.

Straight Up will be exhibited at Openhouse, 379 Broome Street here in New York opening this Thursday, August 15th through August 22nd.