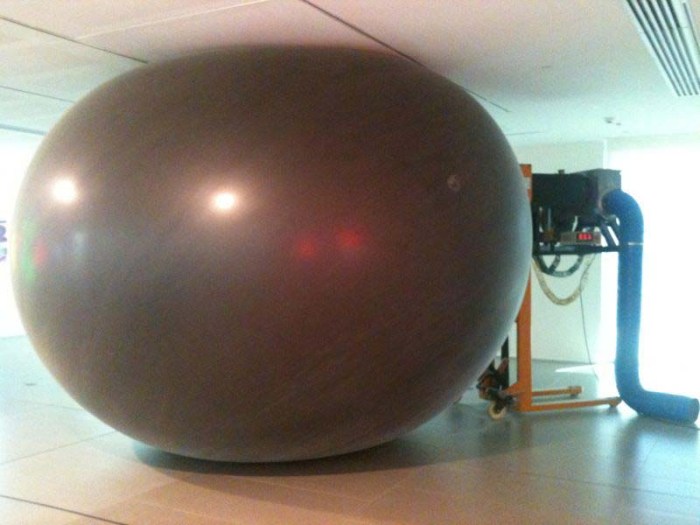 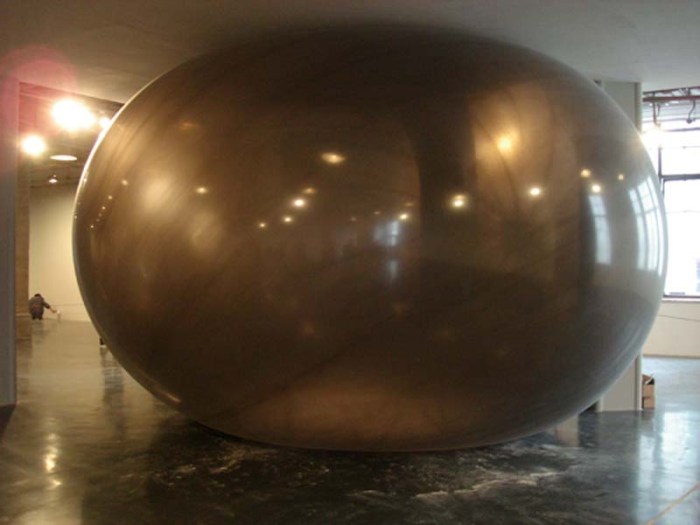 As part of their current exhibit Smash Palace—a group show surveying the reactions of some of China’s best contemporary artists to the shock of the new century—White Rabbit Gallery in Sydney, Australia, included Zhou Xiaohu’s ominous Even in Fear. Consisting of a weather balloon that swells like the pressure of modern life, then collapses only to swell again, slowly increasing in size over weeks until it is wedged between floor and ceiling until the point of bursting, creating a building sense of anxiety that goes hand-in-hand with a possible thrill. According to the gallery, the balloon did finally burst yesterday, much to the relief of some of the gallery attendants.

This is not the first time Xiaohu’s Even in Fear has been exhibited—I believe the first time was in Shanghai in 2008—but definitely the latest. If you’re in Sydney and were apprehensive about visiting the show due to the imminent explosion, it’s safe to go back in. Smash Palace, runs through August 4th.