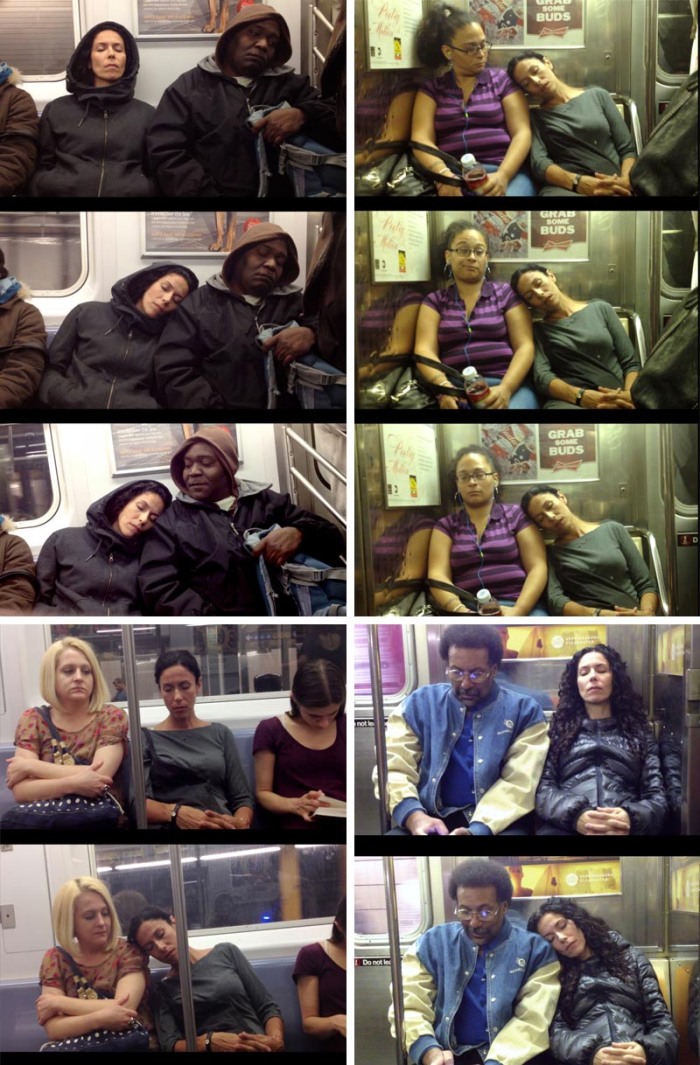 For some, regularly dozing in moving vehicles and inadvertently leaning against random strangers while doing so, is a common occurrence (ahem…Em), but in the case of Brooklyn-based artist George Ferrandi, it’s completely intentional. For her ongoing project It Felt Like I Knew You… Ferrandi rides the subway (her choice for these interventions because of its packed quality and the loneliness one can feel despite the physical intimacy) during rush hour and tests the limits of this shared confined area by reshaping the space between her body and a stranger’s sitting next to her.

Ferrandi started the continuing project in 2012. The endearingly humorous results are documented by co-conspirator Angela Gilland on her phone. So, the next time you feel a woman’s head rest on your shoulder in the subway, it’s likely to be George Ferrandi…or, Em.

It Felt Like I Knew You can be seen at the Abrons Arts Center as part of the exhibit GUTS through the end of December.