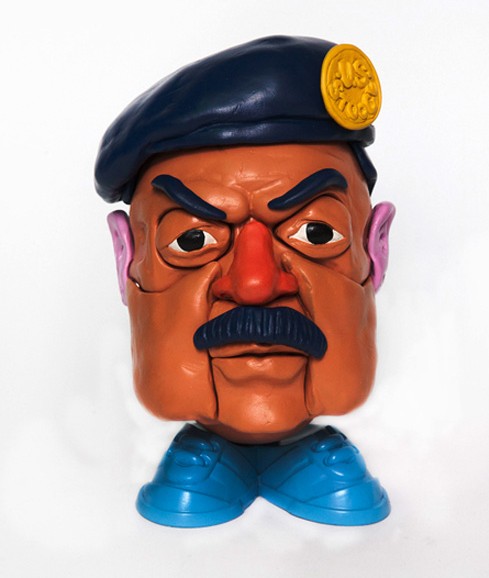 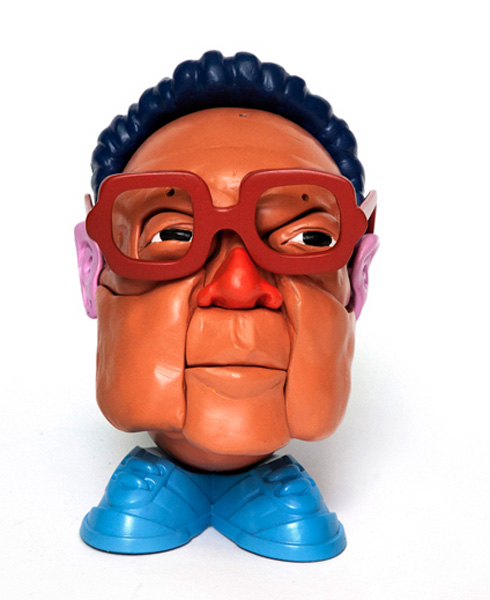 This post was created, coincidentally, before learning of Kim Jong Il’s death, earlier today. It seems particularly fitting, then, (if maybe a bit distasteful) to post it now.

Stephen Ives is an English-born, Australian artist who works in 2D as well as 3D. His work is about contrast and balance and the juxtaposition of the two. His ideas derive from a mix of experiential, mental, historical and cultural concepts constructed from toys, scrap, junk and bought materials which are collected, cut, morphed and distorted to create a whole. His Mr. Dictator Head Series needs no explanation unless, of course, one is not familiar with the Mr. Potato Head toy.