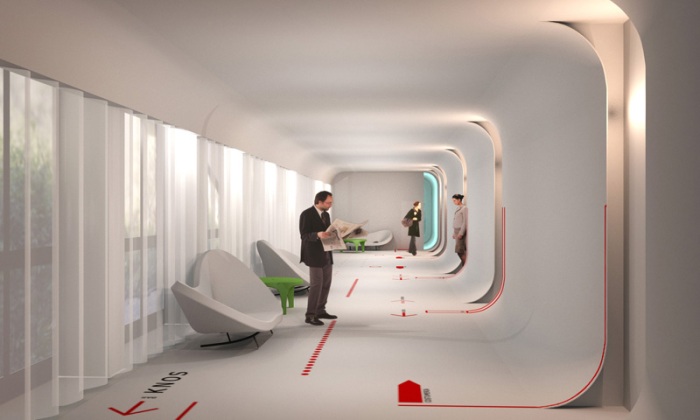 Cineporto in Lecce, Italy is a film center/studio that offers high-definition film screenings, includes production offices and casting studios, and is free to those working on films in the area. Originally an industrial building, Metamor Architects, based in Lecce, were brought in to transform the building and connect the three different areas to meet the requirements of a film facility. Metamor created a main entrance area named Knos to have a welcoming quality and connects to the Cineporto via mod corridors with walls that curve at the floor and ceiling and are beautifully lit. Add to that some fun typography and arrows on the floor, as well as neon signs on the walls, and the industrial melds seamlessly with the contemporary. Nice.