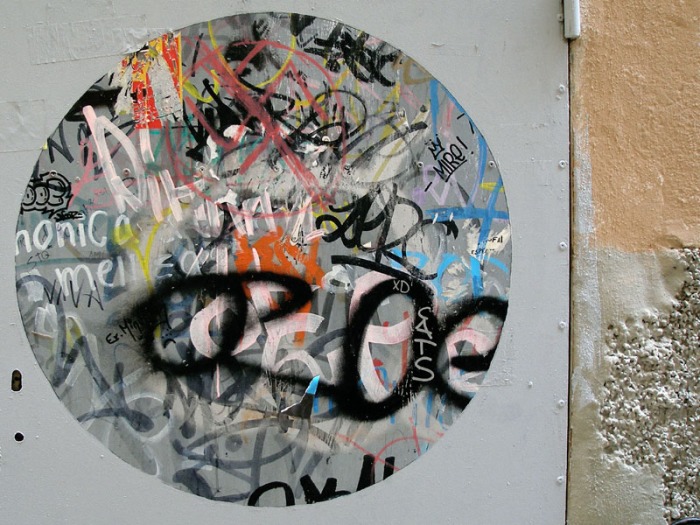 Spanish graphic designer, illustrator and street artist Javier Siquier seems intrigued by reversal. Recently, he created a series of work on the streets titled Graffiti Removal where he whites out graffiti, leaving blocks of (mostly) white paint, as if redacting the words from the streets.

In the works above, which I really like, he neatly whites out the surrounding area exposing just enough graffiti, making it neat and graphic. Almost like a patterned appliqué. Love it! Conversely, in his exhibit presently up at the SC Gallery in Bilbao, Siquier frames photos of his Graffiti Removal works and paints the gallery walls to overlap the frames. A nice effect.