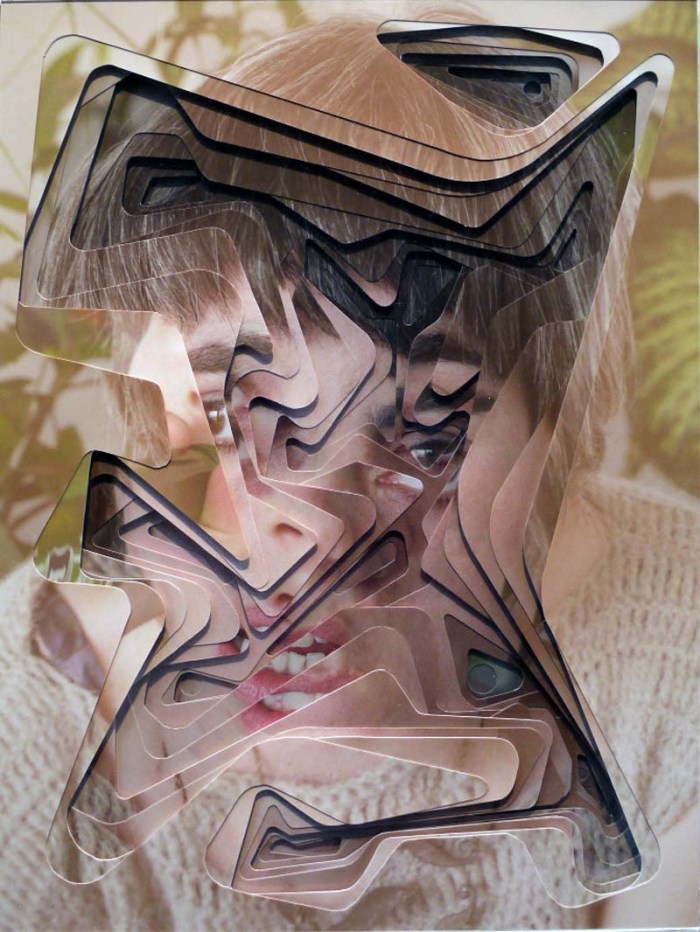 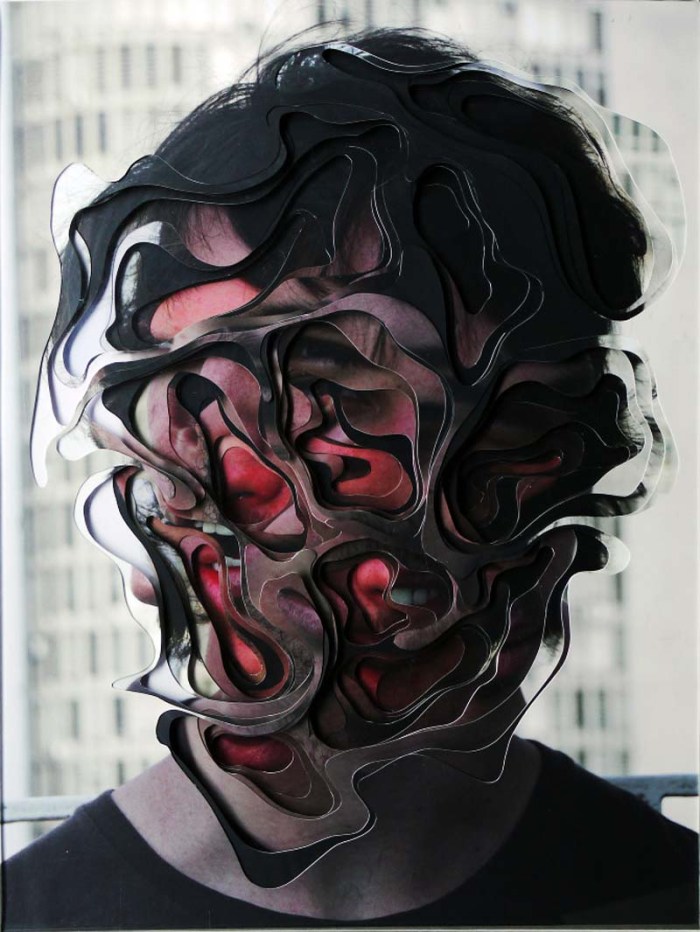 Brazilian artist Lucas Simões uses source materials such as maps, books, and photographs which he then folds, cuts, and deconstructs into new forms. In his series of portraits titled Desretatos (Disportraits) Simões invited friends to tell him a secret as he took their portrait. More than listen to the secret, Simões was interested in capturing their expression as they revealed it. He would also listen to a song selected by the subject as he photographed them, and asked them to give their secret a color as well. Combining all these elements as he worked, the artist would then select 10 different portraits from the photo shoot, layer them, cut, and overlap them. As you can see, the results are pretty wild. See more Desretratos here.