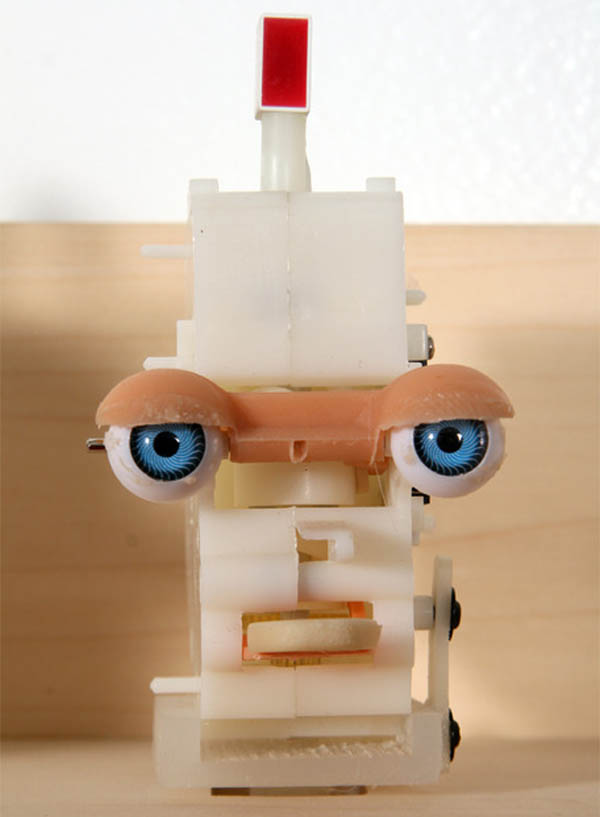 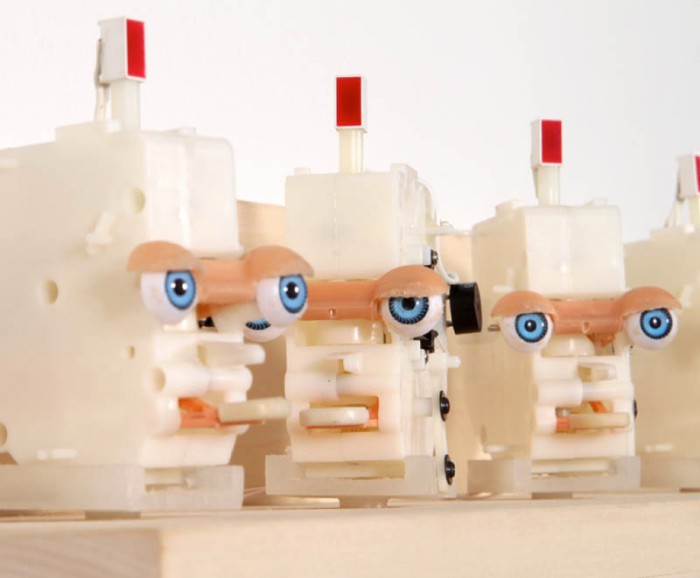 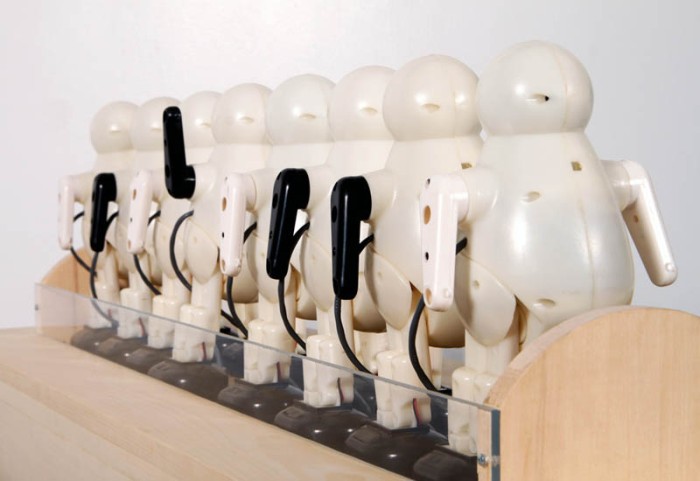 Visual artist Fernando Orellana based in Schenectady, NY, is fascinated by assembly lines. He loves the precision and efficiency, as well as the program-like quality. His robotic sculptures are created in a one-man assembly line fashion, repeating each step in multiple figures before moving on to the next.

Working in a variety of mediums, Orellana seems to keep with this assembly line theme transmitting concepts that range from generative art to social-political commentary. Whether it be in his robotic toy-like sculptures (Me and You or No Cuts, No Buts, No Coconuts) or his wall hung Play-doh and epoxy compositions (Extruder and Population), with machine-generated car-shaped (or people, or animals) Play-doh pieces in large quantities, ultimately reaching 429,674 automobiles as that is the number estimated to have been produced in 1947 (the year Henry Ford died) by the Ford Motor Company. Each panel of figures is then encased in epoxy for preservation as well as a cool effect.

You can see his extruding machine in action here.

Photos courtesy of the artist and artslant.

via Milavec Hakimi and Bomb