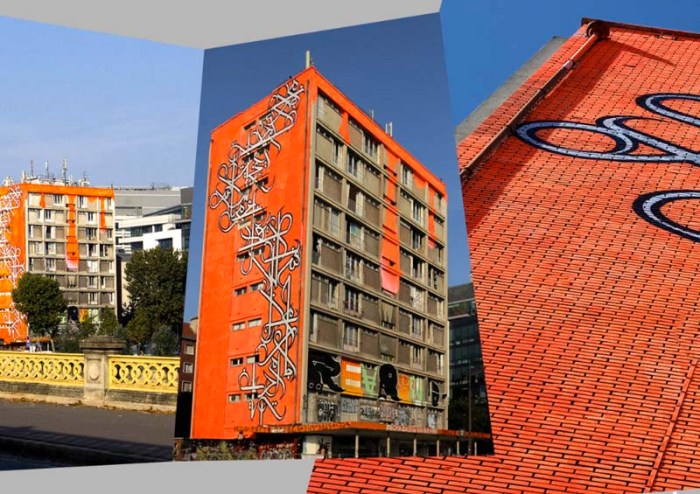 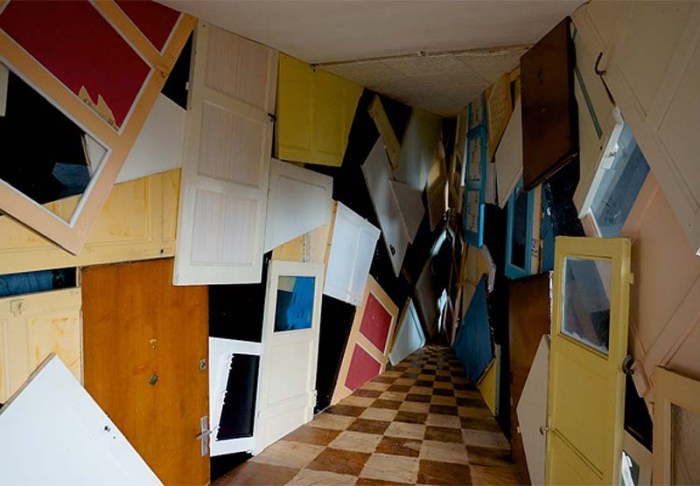 October has commenced and Street Art is in the air, or, more accurately on the walls. Here in NYC, Banksy has started stenciling the city with his Better Out Than In project, with possibly a work per day, with a phone number you can call to get an in-depth tongue-in-cheek guided tour to each piece.

Meanwhile, in Paris, Tour Paris 13 (Paris Tower Project 13) has launched. Touted as the “largest group Street Art exhibition ever carried out,” a tower in the 13th Arrondissement slated for demolition at the end of the year has been enshrined by over one hundred artists from all over the world before its destruction. Each artist was given a space, wall, apartment, ceiling to create their work on, inside and out the 4,500 sq meter edifice. With the support of City Hall, ICF Habitat La Sabliere, and Galerie Itinerrance, the project remained secret for many months. The list of artists is impressive, and way too extensive to include here…but some names include: Ludo, El Seed, Legz, Sean Hart, Sumo, and Vhils, just to name a very few.

The exhibit will be up for the entire month of October, and then the building will close and prepare for demolition. For anyone that can’t make it to Paris by then, the website is impressively comprehensive and immersive, taking you room by room and floor by floor with 360˚ views.