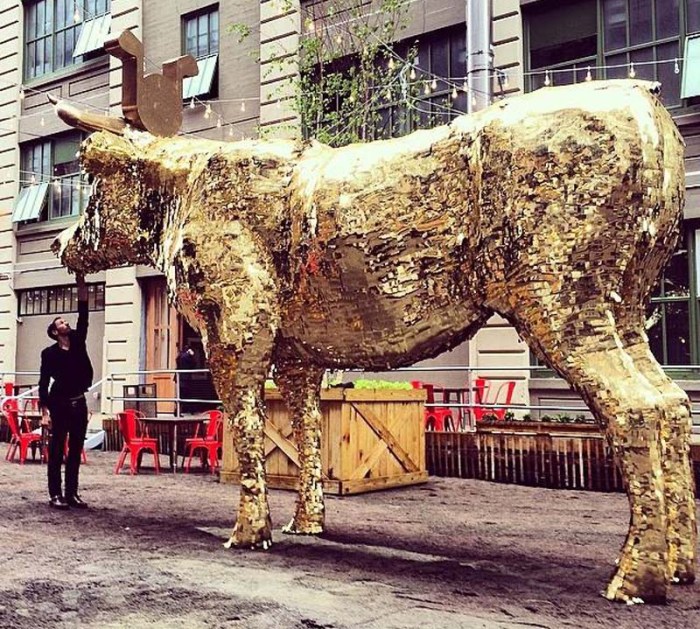 Chilean artist/designer Sebastian Errazuriz (previously here, here, & here) has taken the birthday piñata of his youth and put a spin on it for this year’s NYCxDesign Festival. His monumental Golden Calf, or Cash Cow, will provocatively serve multiple purposes: a symbol of celebration; a symbol of capitalism; and as a symbol of “anti-capitalistic” greed. At the end of the festival, guests will be invited to smash the symbol of capitalism to smithereens. The oversized piñata will be filled with over 1000 dollar bills that will tumble out once the beating is successful. The irony that Errazuriz anticipates is the moment when the anti-capitalist rage in the piñata bashers turns into greed as the very same crowd ends up running for the cash themselves, stuffing their pockets with the bills. “I’d like to see people rolling on the ground and fighting for dollars,” he said. Wouldn’t it be nice if he were wrong.

Errazuriz’s golden calf will be on view at Industry City in Sunset Park, Brooklyn until May 20th at which point mayhem should ensue at 5pm.

Top photo: NY Daily News. All others: courtesy of the artist.