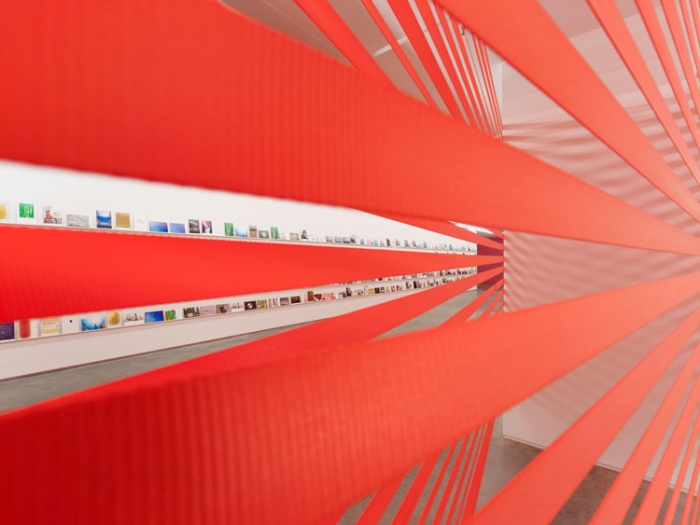 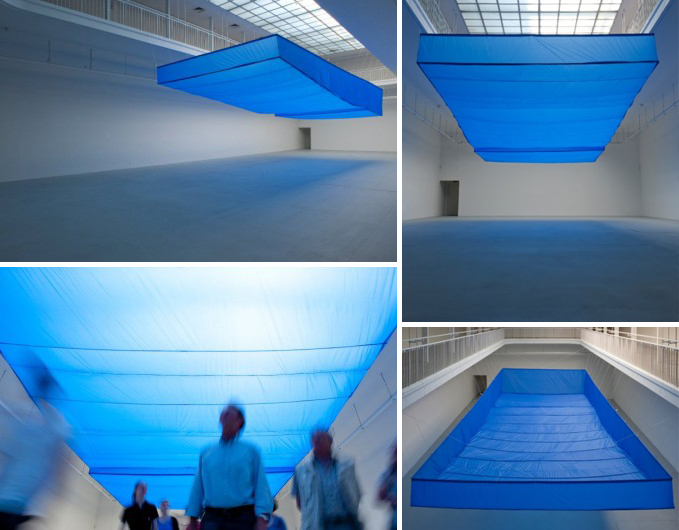 Germany-based Turkish artist Ayse Erkmen has been creating interesting installations for years. She is currently exhibiting a piece called Plan B in the Turkish Pavillion at the Venice Biennale. Earlier this year she had a show, On Its Own, at Rampa in Istanbul that at its center featured the above, quite dramatic, orange seat belt installation, Easy Jet.

Erkmen is impressively prolific and all her work is worth a look, but above is a sampling.

You can see more of Ayse Erkmen’s work on her site as well as additional work at Rampa’s site.