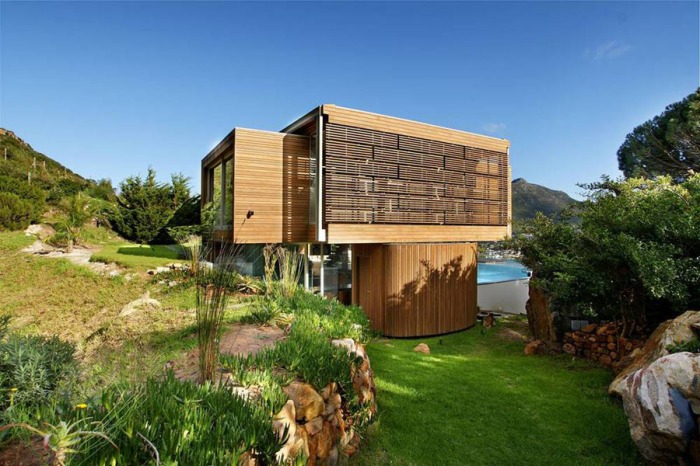 The Spa House designed by Metropolis Design in Cape Town, South Africa, is set on the mountainside on the urban edge of Hout Bay overlooking the bay and harbour, and integrated with the beautiful landscape that surrounds it.

The house functions as the guest house and entertainment facility of a larger house – separated by a hill but connected by footpaths – incorporating swimming pools, spa, and guest accommodations. Let the record show that I, for one, would not mind being a guest. I especially like the room with the underwater views, though I’m sure I would spend much more time on the sunny deck.

The house is quite dramatic, with its separate sculptural forms dynamically combined into one superstructure made of steel construction and clad in afromosia shiplap boards on timber studwork.