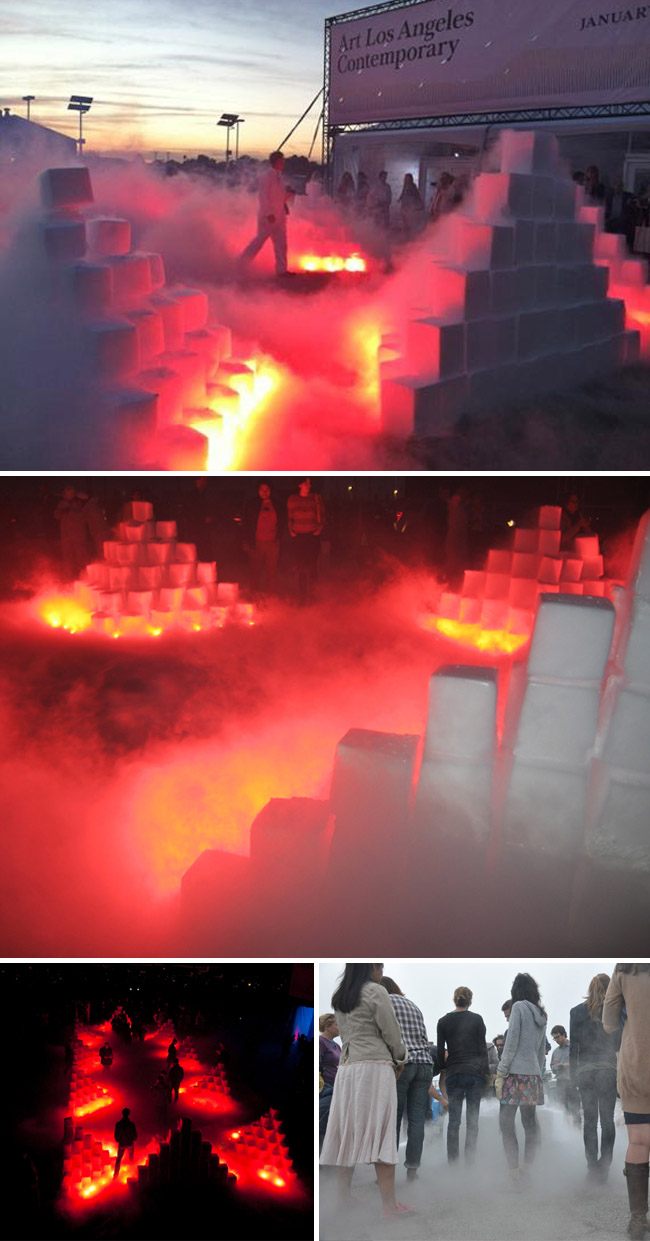 Last Thursday night, as part of the opening party for the Art Los Angeles Contemporary 2012 and Pacific Standard Time Performance and Public Art Festival, activist artist Judy Chicago re-staged her 1968 performance piece Disappearing Environments as Sublime Environment. Using thirty-seven tons of dry ice and red flares the performance was staged outside in a parking lot near Santa Monica’s Barker Hangar. No one knew how long it would take to melt, or when the ice would stop smoking. Apparently, it was still smoking on Saturday night, but by Sunday the installation had, for all practical purposes, “disappeared.”

Judy Chicago’s career now spans over five decades. Throughout, she has been committed to the power of art as a vehicle for intellectual transformation and social change, especially pertaining to women’s rights. The original staging of Disappearing Environments (shown in bottom photo) took place in 1968 when Chicago teamed with artists Lloyd Hamrol and Eric Orr to produce the original installation in, a then still-under-construction Century City, in the shadow of a department store, creating a contrast between a minimalist piece and consumerism in America.