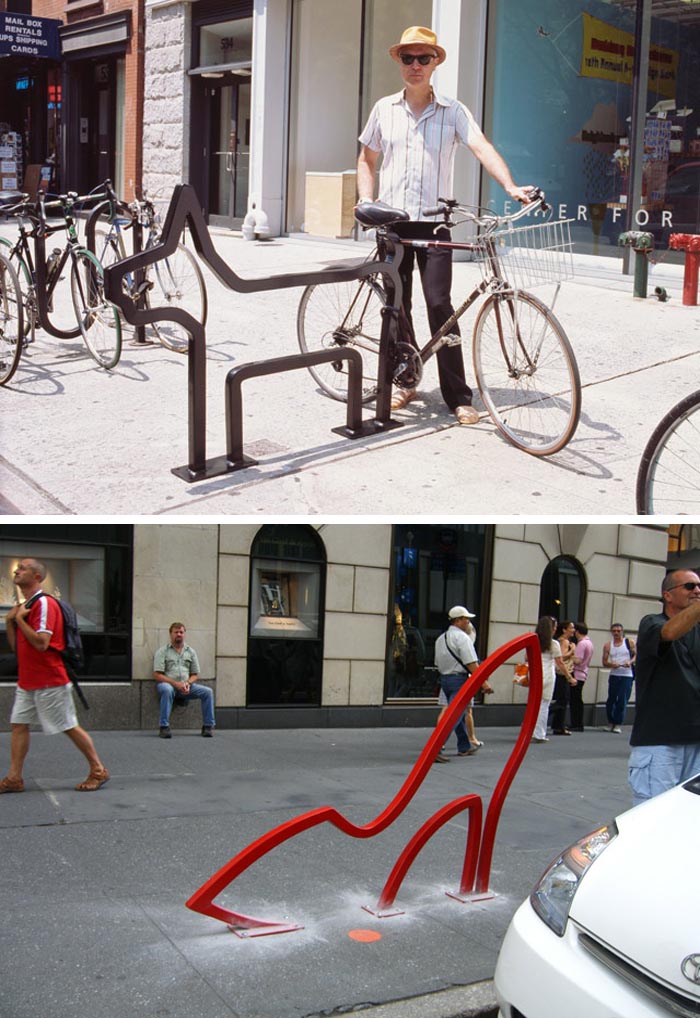 David Byrne is at it again. The well-known musician, who is often seen cycling around town, was invited by BAM (Brooklyn Academy of Music) to design new bike racks to replace their old utilitarian ones. Byrne, having designed a series of fun bike racks for NYC in 2008 with shapes ranging from dogs and cars to high heels and guitars, decided to go typographic this time around. Realizing that with a semi circle, line and ‘v’ shape he could create most of the letters of the alphabet, he designed racks that create different words. The racks installed yesterday spell out “Pink Crown” and “micro lip” both chosen by designer Byrne. The bike rack words will change periodically, and BAM may be soliciting suggestions from its audiences in the future for new words.