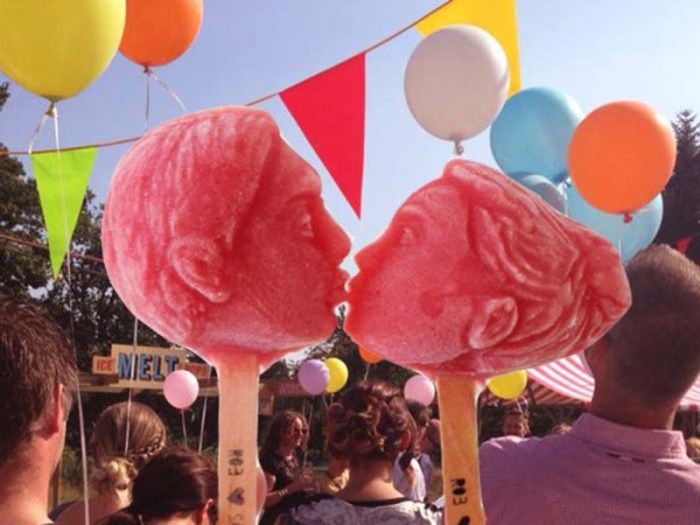 It was only a matter of time before 3D printing turned to food, or vice versa. There have been some spectacularly beautiful pieces (actually, too beautiful to put in your coffee!) made with sugar, and now there is talk of Hershey teaming up with 3D Systems to create, I assume, some amazing things with chocolate. So, it shouldn’t come as a big surprise that Dutch company MELT is creating an the Icepop Generator to bring personalized ice pops to the public while educating them in 3D design technology. It appears, however, that the Icepop Generator works more on a carving and chiseling process rather than actually 3D printing an ice pop from frozen water but, it’s amazing nonetheless. Starting with a block of ice, the generator (which looks like many 3D printers with the twist of doubling as a freezer) has a sort of drill that moves back and forth along three axes, carving out the designated design, in effect, functioning as a mechanical sculptor. The Icepop Generator was just funded yesterday on Voordekunst—a Dutch funding platform similar to Kickstarter—so these pops are likely to be at a street fair or festival near you in the not-so-distant future. In the meantime the creative team at MELT has made several a pop, some in their own image. You can see how it works in this video:

via notcot and 3ders