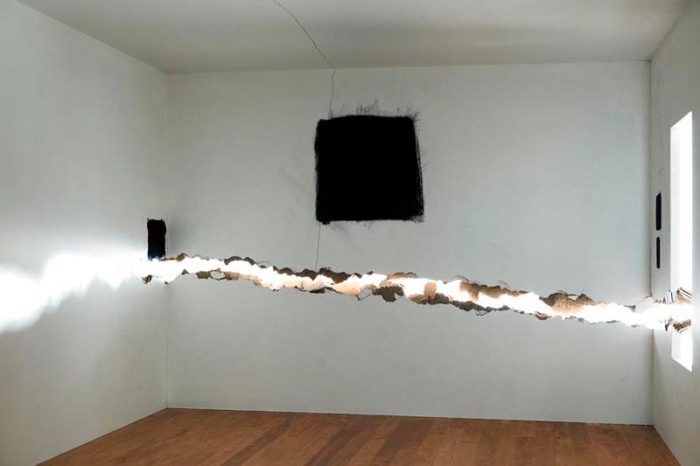 Photographer Ross Sawyers builds models of construction-site-like homes and photographs them as full-scale eerie environments. Sawyer is interested in the home and the relationships we have with our own. His most recent photos contain drawings and markings on the walls of the spaces which are related to hobo signs—a language that was developed during the Depression by transients to inform each other about neighborhoods, houses and people. Sawyer states in an interview with the Seattle Met:

…one of the things that led me to it was when foreclosures were really commonplace in maybe 2009 or 2010. A lot of people, as they were foreclosed on, would just destroy the house—whether that was through vandalism or just pure destruction—and so that got me interested in the kinds of marks and destructive actions people were inflicting upon the spaces. Through research on that, I sort of stumbled across information about hobo signs. And the relationship between those two things became really interesting to me.

Some of them have a magical feel, no? Love them.