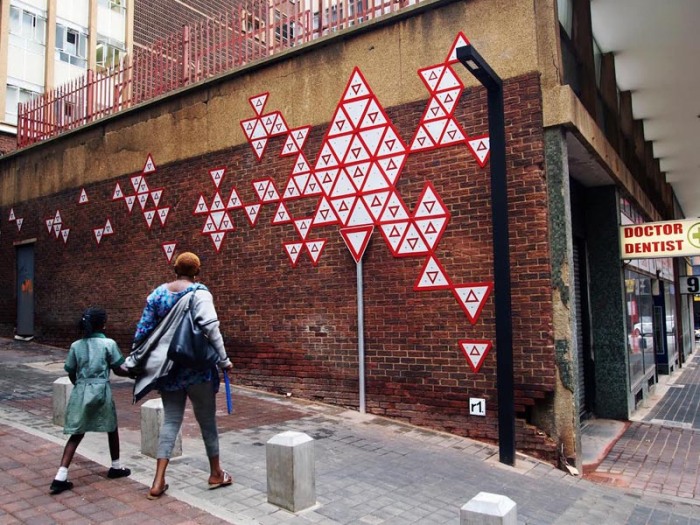 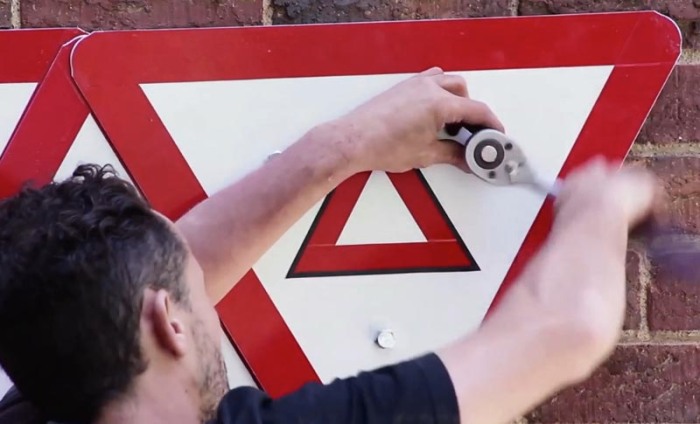 South African street artist r1 sees the street as an open canvas and thus uses it accordingly, creating urban interventions and sculpture mostly using found materials, reappropriating them into the cityscape. His latest work is titled Yield, based on the commonly seen street sign. Starting by setting a street pole into the sidewalk, r1 continued with 100 yield signs, fitting them in a design on the wall behind it. Commissioned by the City of Johannesburg as part of its upgrade program, the intent being to encourage its citizens to engage more actively with the city’s life and creative activities. The significance of the yield sign is found in the word’s two meanings:  to “give way, concede” to others, as well as “to produce.” As r1 states:

“This tension between being productive and giving way exist in every city, and bustling Johannesburg is a good example of it.  This piece illustrates that these two seemingly opposite forces are in fact symbiotic; both embodied in the symbol of the yield sign.”

You can see a video of the installation below, and much more of r1’s interesting work here.

All photos courtesy of the artist.