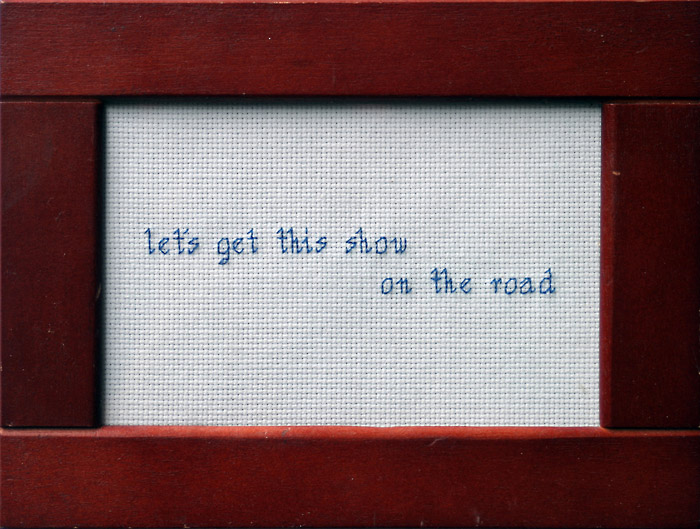 I happened upon Lisa Bowen’s delightful tumblr of embroidered clichés and expressions, which made me chuckle. Originally from England but now living near Sydney, Australia, Bowen (who also goes by the alias Jilly Cooper) a mixed media artist has recently started a crafty, cross-stitch series titled ‘How to String a Sentence Together.’

The work came about after Lisa found a copy of The Penguin Book of Clichés and began thinking how often we use them, despite being told to avoid them. She began to collect these expressions and words, carefully cross-stitching each letter and framing each phrase.

In addition to cross-stitching and proudly using these “hackneyed and trite expressions,” Bowen tweets a cliché a day here, and sells her framed clichés here.