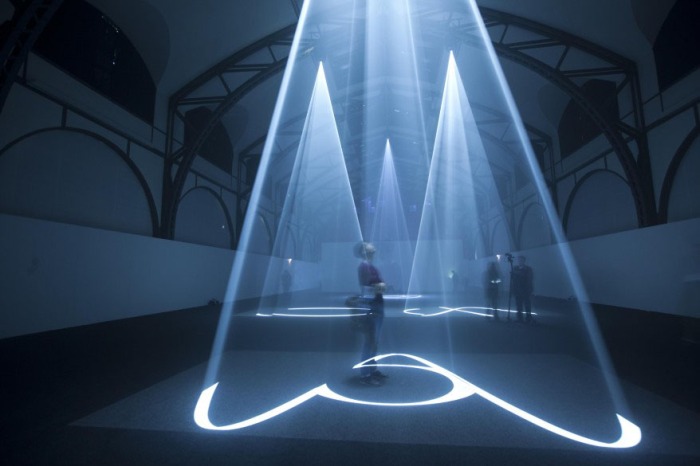 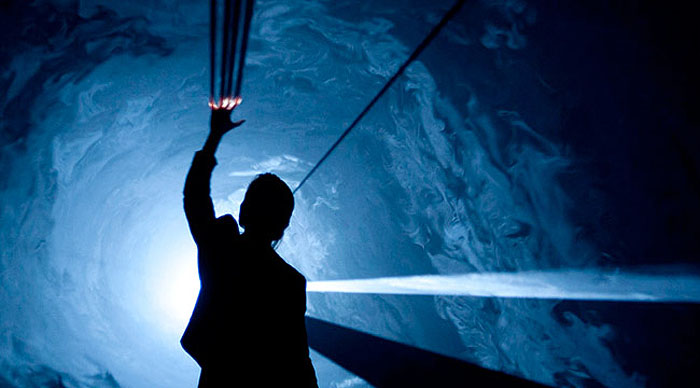 New York based artist Anthony McCall has been creating unique light installations since the 1970s with a 20-year break in between. Currently, McCall has a solo exhibit in Berlin at the Hamburger Bahnhof, titled Five Minutes of Pure Sculpture – his largest to date – showing light installations created since 2003. His works are a combination of film, sculpture and drawing, though his more recent works are digital with complex forms created with the aid of computers. These light sculptures are ephemeral, yet seem tangible and physical. The projected beams of light — some vertical to the floor, others horizontal onto the walls — engulf the viewer in the slow-moving cones while animated lines, drawn in black and white, are projected into a haze-filled room, creating the sculptural forms.

The choice of space sounds and looks perfect, too; the spacious former railway station has been converted into a black box filled with haze and light. I vote for this coming back to NYC at the Park Avenue Armory!

Five Minutes of Pure Sculpture will be on view at the Hamburger Bahnhof through August 12, 2012.