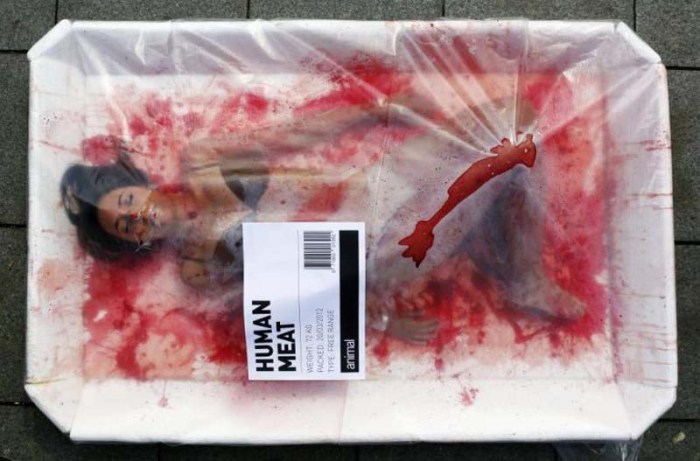 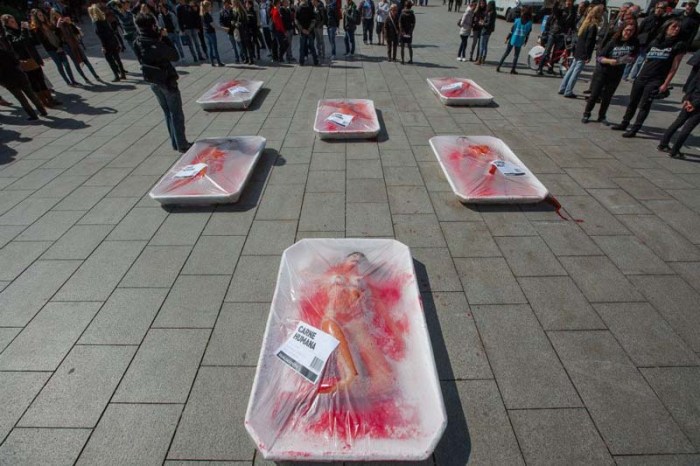 Though it may not be exactly art or design, I think this animal rights protest in Barcelona would qualify as some sort of performance or street art. Animal rights activist group Animal Equality staged a demonstration that would give the most devoted omnivore, like myself, pause. For the International Day Without Meat back in March, demonstrators created giant supermarket-style meat packaging trays and had human models covered in fake blood and plastic sheets lie in them in front of the Cathedral of Barcelona. If that wasn’t eye-catching enough, large labels with barcodes and the words “Human Meat” or “Carne Humana” were added to the plastic coverings. I’d say their mission was accomplished in spades; artfully, peacefully, and powerfully.

One thought on “Animal Equality: Day without Meat”