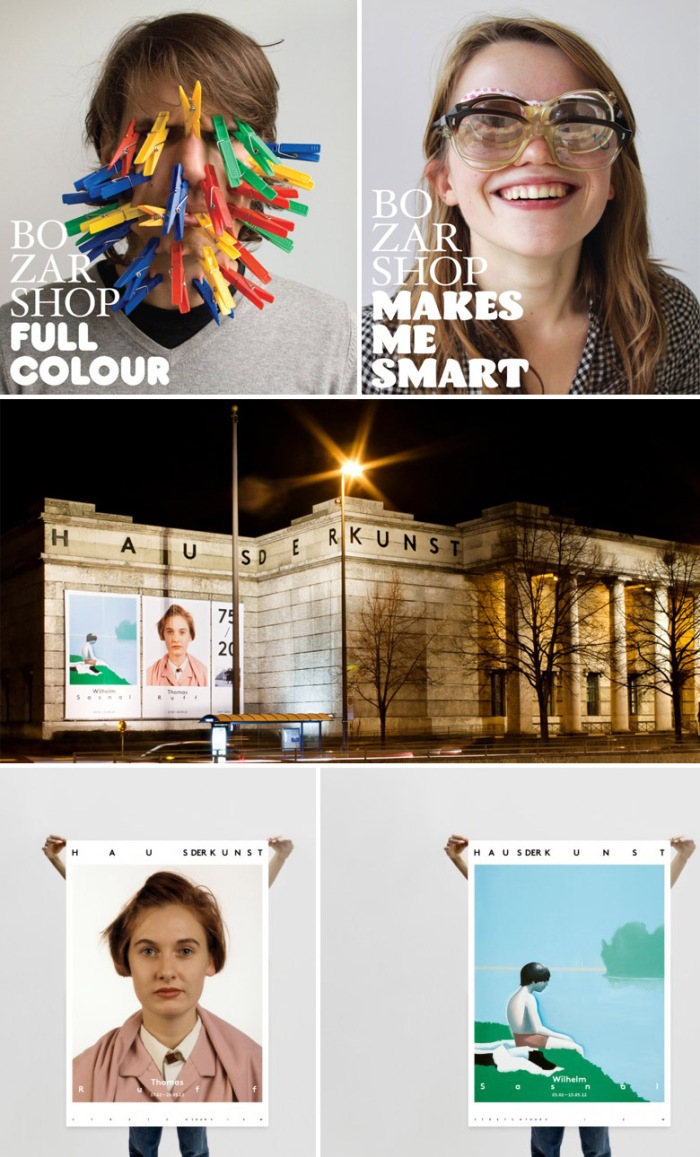 A couple of nights ago I had the pleasure of hearing Thierry Brunfaut and Dimitri Jeurissen, partners at the amazing design firm Base, speak at an AIGA event about their firm’s history, the present, as well as offer 10 pieces of advice for designers and business owners. Originally only in Brussels, Base has now expanded with offices in Barcelona, Madrid, New York and Santiago and more on the way.

I wasn’t familiar with these guys, though it turns out I did know some of their older projects such as branding for MoMAQNS, The Stand, and Kiki de Montparnasse, but that’s just the tip of the iceberg. Everything they do, and they really DO do everything, is smart, fun, playful, with a strong initial concept that gets driven home from beginning to end in each project. Above are only three examples of branding: M!AM! (The Miami Art Museum), Bozar, Center of Fine Arts in Brussels, and Haus der Kunst, a logo that shows elasticity and flexibility typographically by never being exactly the same in two images; that wraps around the building itself in uneven letterspacing, and that, when animated, the letters slide around horizontally. Incredibly original. And if their talent weren’t enough, they all seem to be having tons of fun. I’m sure everyone in the audience was ready to sign up.

You should definitely take a look at their website for so much more of Base’s work. The site has a very fun—if a little ADD—quality that seems to perfectly represent the studio’s personality. And below are two of a series of humorous videos they created titled Perspectives. The difference between the Spanish-speaking interviewee and English one made me smile.