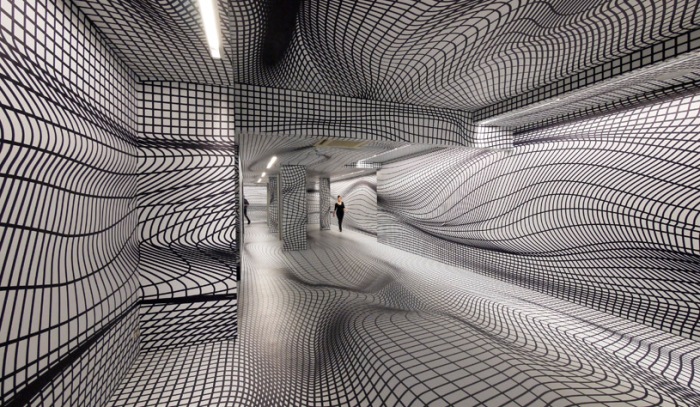 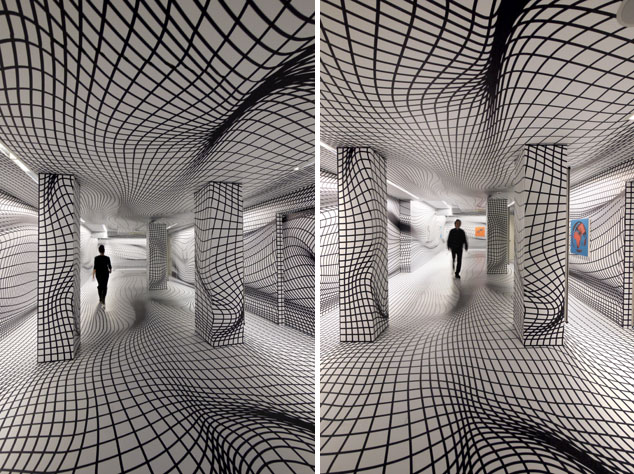 Clearly, one doesn’t necessarily need Upside Down Goggles or a Psycho Tank à la Carsten Höller to experience a trippy effect through art. Austrian artist Peter Kogler has been playing with spatial illusion since the 1980s.

Interested in film architecture and influenced by movies from the 1920s such as The Cabinet of Dr. Caligari and Metropolis where the architecture plays a central role generating emotion from the viewer, Kogler began working with the “illusionism of space”. Initially working with small models made from cardboard, his work evolved into projections of large-scale graphic images onto walls, trying to absorb or change the actual architecture.

Personally, the rats are a tad too freaky, but the rest of it really appeals to me.

Below is a short video of one of Peter Kogler’s video installations in action.