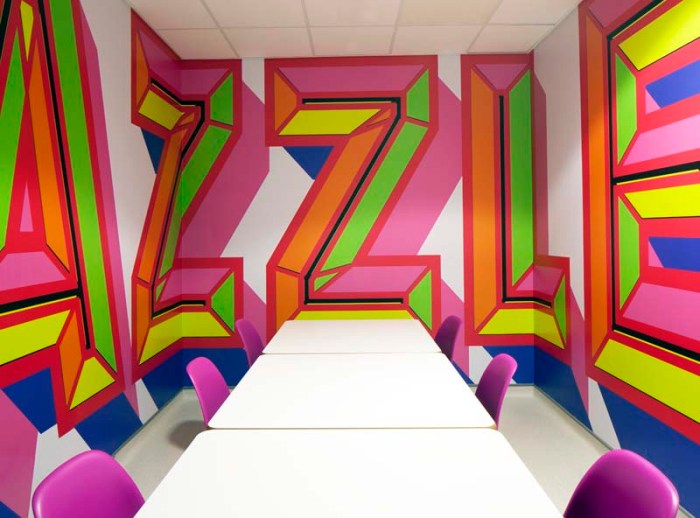 English designer Morag Myerscough creates environmental graphics combining a great sense of color with a great sense of typography; what could be better? Having started Studio Myerscough in 1993, the studio has collaborated with important architects and worked on spaces that range from museum exhibitions to five children’s dining rooms for the new Barts and The Royal London Children’s Hospital (four of which can be seen in the top four photos.) All of Myerscough’s work exudes happiness and fun, which seems like the perfect combination to bring a little joy to a children’s hospital. There’s much more to see on Studio Myerscough’s website as well as over on the Supergroup site.