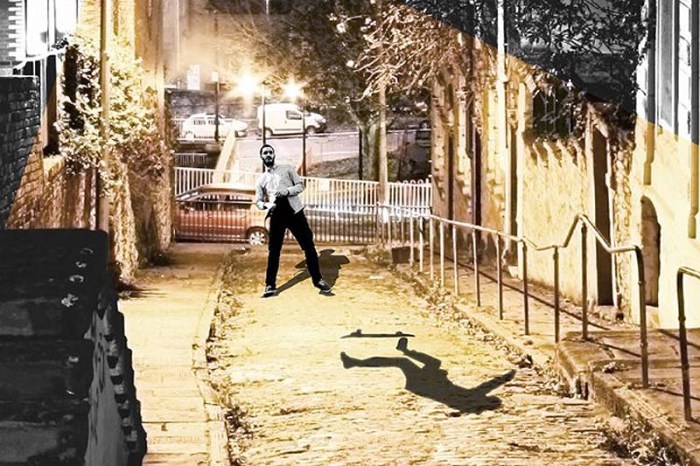 I get a particular thrill out of exploring and discovering things on my own, by chance. I’m not a big fan of GPS and forever get annoyed at the level of detail on Mapquest or Google maps when trying to get directions. For me, part of the fun is making the effort to figure it out myself and the mistakes I may make in doing so are part of the adventure. So it’s not surprising that I like the concept behind Watershed’s Playable City Award in Bristol. In their second year, The Playable City Award aims at getting people to use technology to capture that element of surprise/fun and adventure instead of using it to  solely engineer our lives. They invite entrants from all over the world to submit ideas that use technology to create playful interactions connecting the people of the city and helping them engage with their surroundings in unexpected ways.

This year’s award of 30,000 pounds was presented to New York-based interactive designer Jonathan Chomko and Treviso-based architect/designer Matthew Rosier for their interactive light installation titled Shadowing. Using infrared tracking and triggered projections, the shadow of a previous passerby will be replayed to the next person who walks under a modified streetlight. The creators are hoping for a playful experience, though there is potential for a little creepiness, too, but they are working on ideas to avoid that as well as many more features before Shadowing is unveiled to the public on September 10, 2014.

I suppose you could say that by posting this I’ve spoiled the element of discovery and surprise, and you’d probably be correct. Sorry. Quick…stop reading! But, if your memory is as bad as mine, even if you happen to be one of the few people reading this who will be in Bristol come September, the odds of remembering this as you pass under a streetlight are quite slim.

If you’re not one to care about spoilers, you can see Chomko and Rosier’s animated prototype below.